The Zadie pattern strikes again with another variation.  It’s no secret that this pattern is a good base for a variety of hacks.  I love it!  Having started with the jumpsuit , I went onto a dress and now I’ve lengthened the top part into a really versatile wrap top.  Just a shame I didn’t get around to it earlier in the summer.   I got a few wears before the chill set in. 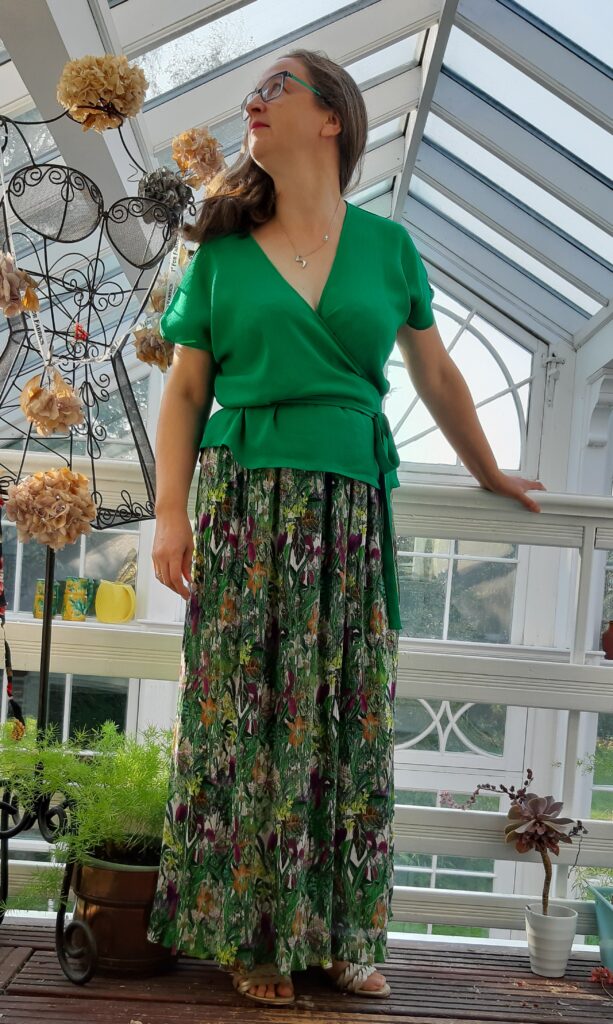 I made a size 12 which worked to my measurements and lengthened the top by about 4″/10cm.  It could have done with being  a bit longer but I was working within a metre. I was given this lovely viscose crepe when Emma of Crafty Clyde was having a sort out.   Sewing friends really are the best.  I didn’t put any pleats in at the waist.  When I do the next one I think I’ll pop a couple in to hold the excess into a little more shape.  It’ll save me from fiddling with it.  I think I’ll also put the ties a little lower down as they like to ride up into my ribcage rather than stay around my waist.  That could be down to lockdown figure or the fact there’s not actually much distance between my ribs and my hip bone. 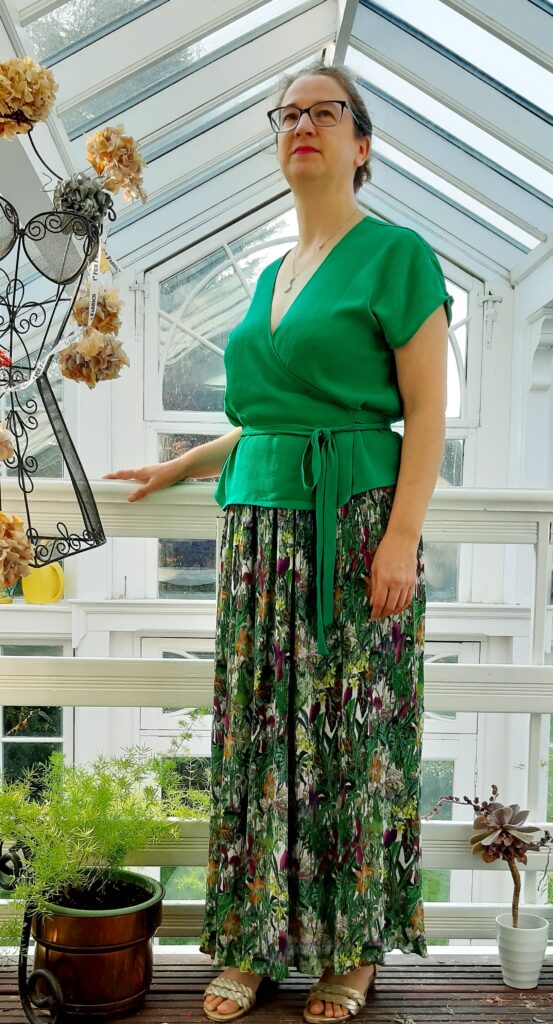 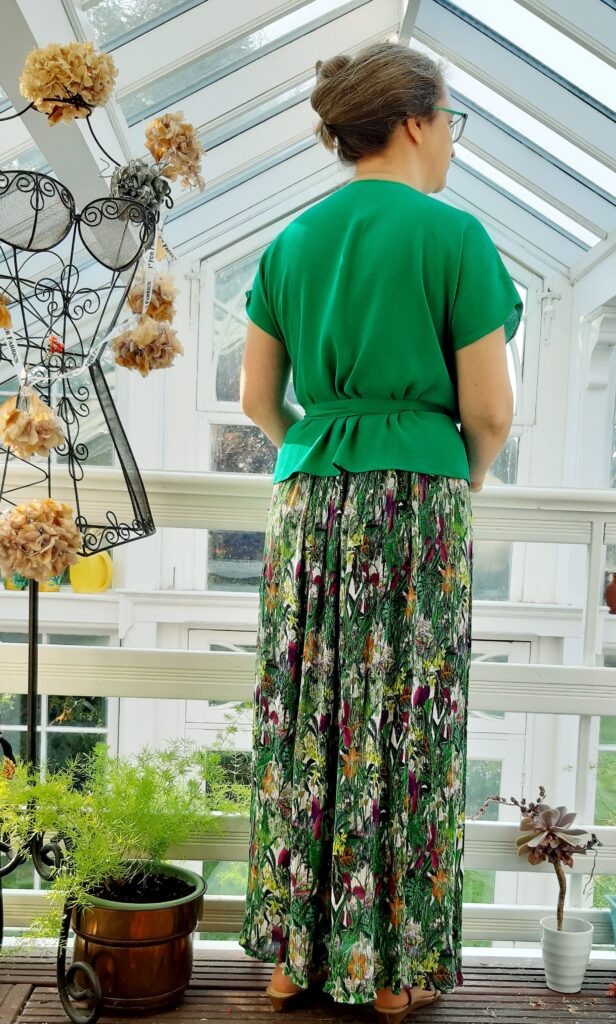 I’m going to get so much wear out of this top next year.  It’s going to be perfect with either this skirt or  to smarten up a pair of jeans.   This skirt by the way is just two lengths of fabric stitched at the sides with an elasticated waist.  Simples.  I do regret not putting pockets in it though.  The fabric was picked up at a sewing show…remember those?  One day we will be able to do sewing shows again.

A couple of weeks ago Tara from Paper Theory Patterns had a brush with the rubbish side of the fashion world.  Her fabulous and let’s face it, near viral Pattern the Zadie jumpsuit was used by an Australian company to make and sell for ready to wear.  Yes, they bought the pattern but neither did they ask permission to re-produce it, change any details or attribute anything to the original pattern maker.  Just bad form peeps.  Rude!

Well, it turns out that once again the sewing community came to the rescue.  We all felt the pain and frustration for Tara. Samantha from Purple sewing cloud rounded us up with a wonderful celebration of all things Zadie.  #zadieappreciationday  Just spreading the love.  I’m pleased to say the company took down the jumpsuit from their site but not before threatening Tara with legal shiz.  The sewing community is wonderful, the fashion community not always so much.

Have you made a Zadie? It’s such a useful pattern to have in your arsenal. 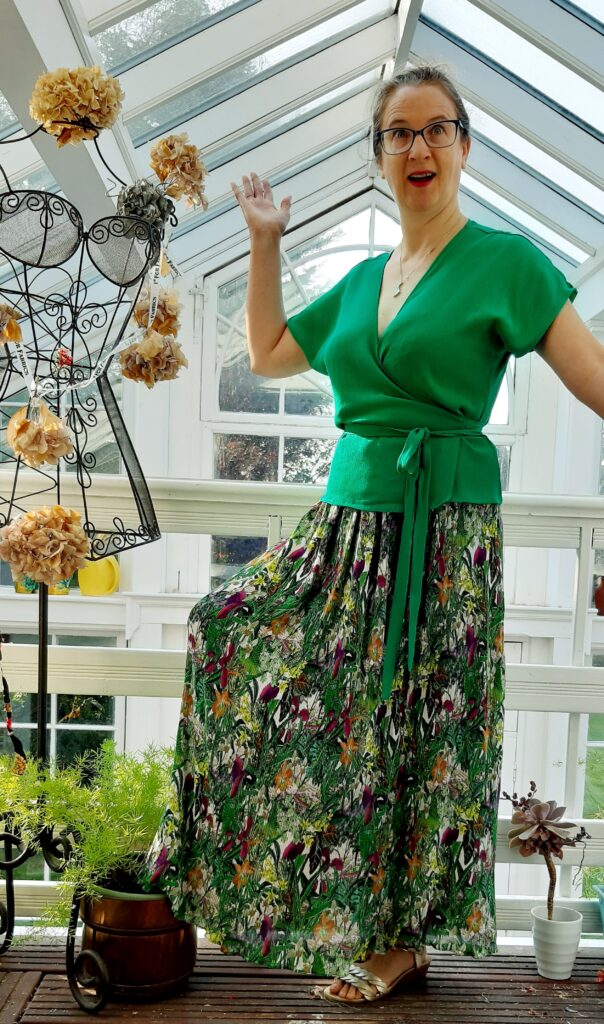